THANK YOU FOR SUBSCRIBING

Risks and Rewards in a Digital World

Knowledge is Power, and Power to the...

Fulfilling the Promise of EAM 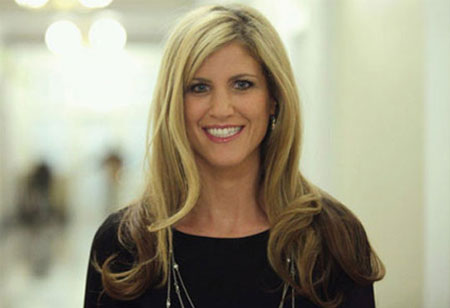 Lisa Ellman is Partner at Hogan Lovells and Chair of the firm’s global Unmanned Aircraft Systems (UAS) Practice Group, in the United States. She also serves as Co-Executive Director of the newly launched Commercial Drone Alliance, which bridges the knowledge gap between government policy making and business innovation. In February 2015, she was featured in Fortune magazine’s “Most Powerful Women” series for her efforts to develop policy to govern drone use in the domestic United States. As a partner at Hogan Lovells, Lisa is in charge of establishing policy regulations and compliance standards for drone and unmanned-aircraft manufacturers. Hogan Lovells addresses the legalities of the industrial and commercial horizon, helping innovators tackle the challenges of the enterprise, complying with the policy regulations. In an interview with Lisa, she provides insight on the challenges faced in the drone industry while complying with the regulatory standards set by the government.

In the drone industry, compliance policies and regulatory frameworks are of very high importance. Usually the policies lag behind as the technology moves forward. And that is where my expertise lies: in the intersection of policy and technology, helping innovators and policymakers in moving new technology forward in a way that is safe and secure. I like to think about policy as software as it creates rules for our world in a way that enables the good while preventing the bad. Right now, we are lagging a little behind in the policy with respect to the use of drones in aerospace as the technology is moving forward at an incredible pace while the speed of bureaucracy is relatively slow.

The pain points of policy and regulatory compliance can be addressed in three ways: the first remains the safety of the drones. In cases where the drone falls down or flies away, how can we ensure the safety of the people on the ground and other vehicles that are air-bound? Second would be the national security guidelines: enabling law enforcement to identify drones that are flying in order to determine their authorization. Regulating the flying boundaries goes a long way in safeguarding the country from potential threats. For example, drones flying over critical infrastructure, stadiums, prisons, the white house lawn, or any place where they are not allowed. Finally, there is privacy. The federal government is very much focused on the safety and security of the people. People are intrigued by drones but are also worried about someone spying on them at the same time. The idea of an eye in the sky, even though a drone is just a platform for a camera just like any other technology, often worries people.

On the positive side, we have the economic benefits, creation of jobs, and safety benefits for the use of drones for commercial purposes, which is why we are seeing a massive demand for drones in the recent years.

The role of an organization in complying with policy regulations

Organizations and innovators need to align themselves with the policies issued and be involved with the policy making so that they are educated about the best use cases, the roadmap of the technology, and the ways in which products have to be regulated. Companies would be thinking around the corners so it is highly essential to have an understanding of where the policies are going so that all the constraints can be solved through technology. We are looking at solving the problem of drone crashing into other vehicles or people by using collision of winds technology. Let us say, someone worries about a drone flying away, what kind of technology can solve such concerns. From a technological perspective, it is twofold.

Firstly, influencing and helping policymakers so that we can track the progress. Secondly, innovators need to learn about the policies in place and become flexible enough to incorporate some of the compliances into their next upgrade or iteration, solving some of the very obvious policy issues.

The white house recently announced a pilot program that facilitates collaboration among states, cities, localities, and drone industry to be the hubs for innovation. There are several opportunities featuring pilot programs to collaborate with drone manufacturers in order to revise the policies. From a city or a state’s perspective, they want to be able to provide package delivery systems, emergency response or other use cases to their people, enabling drone companies to do research and development on the same. This pilot program focuses on providing these benefits to the American people.

I can see a lot of extended operations and rule-making criteria being incorporated in the near future. Part 107, which was the first drone regulation for commercial drone flight, however, is quite limited. Over a period of time, different conditions such as flight boundaries, night flights, swarm flights (more than one vehicle for each pilot), and much more will be brought into consideration. The sky is opening up for a more expanded set of operations considering the performance characteristics of flight.

I have spent a fair share of time working with the government, so I understand what they are trying to achieve. We are constantly trying to bring in aviation agencies, states, localities, and influencing bodies to construct solutions to address some of the prevailing security challenges. I believe that, when you put smart people together in a room, you are sure to end up with a solution and I think that is the best approach to tackling our problems.

Technology Building a Foundation for Greater Trust in Food

Four Technologies To Watch For In The Agricultural Space

However, if you would like to share the information in this article, you may use the link below: